Vomiting is a complex autonomic reflex orchestrated by several neurological centres in the brain. Vagus, the cranial nerve plays a key role in regulation of vomiting. Kunjal Kriya (Voluntarily Induced Vomiting), is a yogic cleansing technique which involves voluntarily inducing vomiting after drinking saline water (5%) on empty stomach. This study was designed with an objective to understand the effect of voluntary induced vomiting (ViV) on pulmonary functions in experienced practitioners and novices and derive its possible therapeutic applications. Eighteen healthy individuals volunteered for the study of which nine had prior experience of ViV while nine did not. Pulmonary function tests were performed before and after 10 min of rest following ViV. Analysis of Covariance was performed adjusted for gender and baseline values. No significant changes were observed across genders. The results of the present study suggest a significant increase in Slow Vital Capacity [F(1,13) = 5.699; p = 0.03] and Forced Inspiratory Volume in 1st Second [p = 0.02] and reduction in Expiratory Reserve Volume [F(1,13) = 5.029; p = 0.04] and Respiratory Rate [F(1,13) = 3.244, p = 0.09]. These changes suggest the possible role of ViV in enhancing the endurance of the respiratory muscles, decreased airway resistance, better emptying of lungs and vagal predominance respectively. We conclude that ViV when practiced regularly enhances the endurance of the respiratory muscles and decreases airway resistance. These findings also indicate need for scientific understanding of ViV in the management of motion sickness and restrictive pulmonary disorders like bronchitis and bronchial asthma. 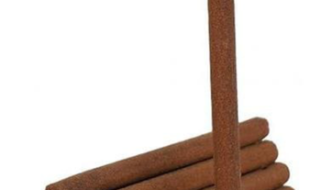